Whilst the world (or at least, some of it) waits with baited breath for the Chelsea v Tottenham score to see whether Leicester City FC top the Premiership, an interesting side-story has been doing the media rounds. Can the meteoric rise of ‘the Foxes’, as Leicester are known, be attributed to more than footballing prowess?  According to several media outlets (see some of the stories here and here) Buddhist monks have been flown in by the Thai owner and Chairman, Vichai Srivaddhanaprabha, and have been blessing the pitch and the players with some regularity with prayers, water and amulets said to bring good fortune and success.  Furthermore, during the games, these Buddhist monks meditate and chant in a specially allocated room at the ground, sending waves of ‘positive energy’ to the players.  It’s an intriguing little story, and has certainly helped increase the hype around Leicester’s rise to the top.  But does it expose something more about our attitudes to Buddhism in contemporary Britain and the role that Buddhism is coming to play in popular British culture? 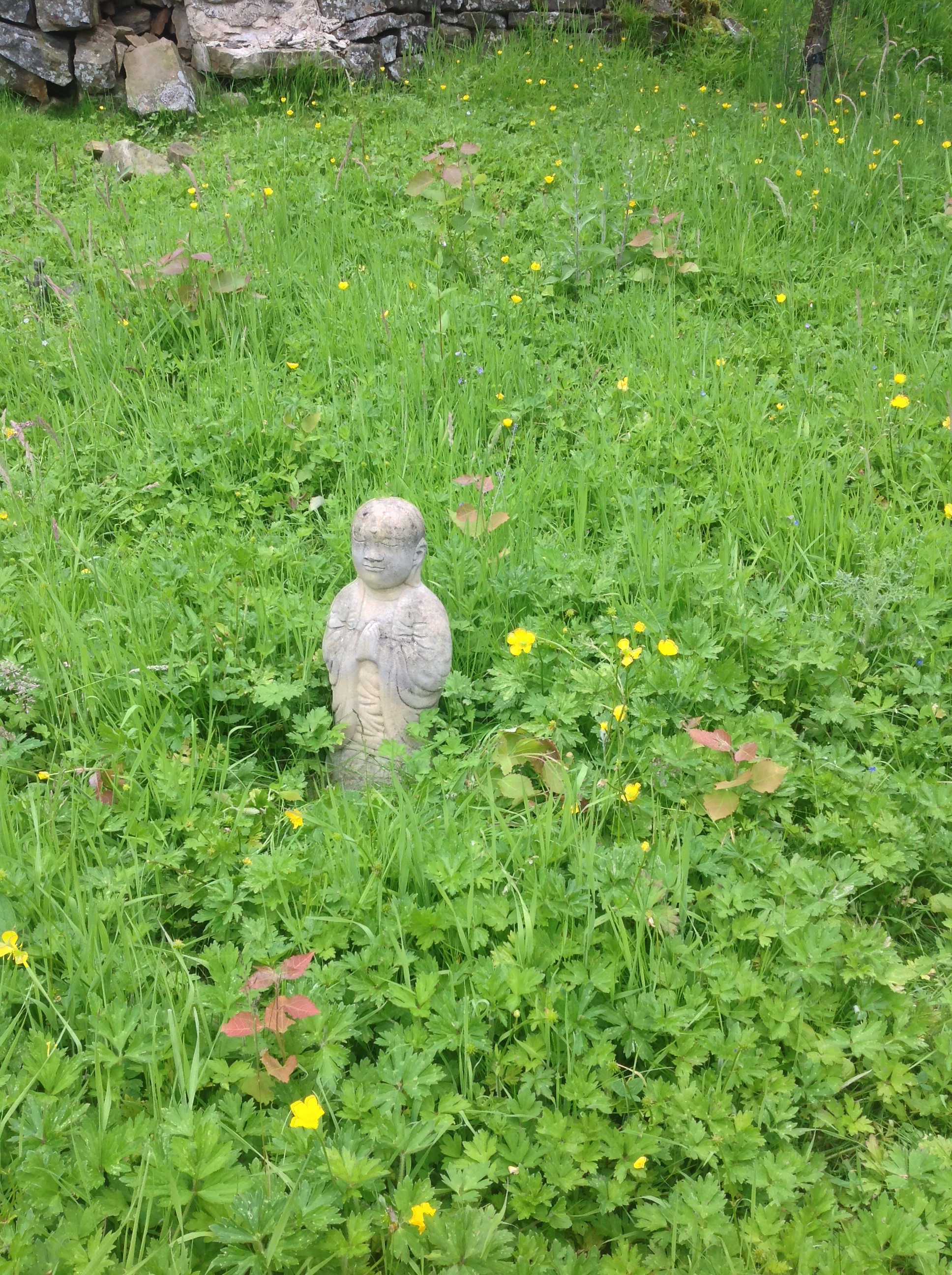 Buddhism is on the rise in Britain.  According to the data gathered within the 2001 and 2011 census, the number of people who self-define as Buddhist has increased by about 100,000.  The number of Buddhist groups, centres and temples has correspondingly increased but also diversified, with many different Buddhist traditions, drawn from different corners of the globe, well represented. In a recent research project funded by Historic England, Professor Emma Tomalin and I have been analysing the development of Buddhism in England by looking at ‘Buddhist buildings’ and we’ve found, in England alone, approximately 200 Buddhist centres and temples (and that’s not including the many smaller groups meeting  in houses or rented properties which is common, particularly when a new tradition is becoming established). Broaden these stats out to Wales, Scotland and Northern Ireland and you have a religion that seems pretty healthy and increasingly vibrant for those born into the faith and those who adopt it in adulthood.

Buddhism is increasingly present in the British cultural imagination too, at least in some quarters.  You can find Buddha images for sale from Homebase to Home Bargains; there’s a Buddha bar, Buddha beer, and if you spend any time on Pinterest, you will see a wide range of Buddhist-inspired tattoos that any self-respecting hipster would covet.  Mindfulness, often made ‘secular’ but rooted in Buddhist practice, is everywhere and the benefits have been lauded in multiple statutory settings; from hospitals to schools to prisons.  Indeed, for many of the undergraduates that I teach, the words they associate with ‘Buddhism’, are peace, happiness, calm, and kindness.  Few mentioned the shocking violence in Sri Lanka or Burma, or the gender inequality that affects some Buddhist groups, including those in the West. Some of these students have told me that saying you are a Buddhist, or at least interested in Buddhist philosophy and practice, seems to raise far fewer eyebrows in their halls of residence than saying you are a committed Christian.  In fact, one might argue that Buddhism is the acceptable face of religion in an increasingly critical Britain.

A quick look at twitter on the subject of the monks and Leicester reveals similarly positive feelings.  Although there are a few comments along the lines of ‘ban the wizardry and juju’, actually quite a few people seem to revel in the mingling of East and West on hallowed turf, some even calling for the monks to bless their own teams and crediting them with Leicester’s success, and others posting hand-clapping emojis in honour of the monks at each Leicester win.

Yet, would this positivity and general good humour still feature if the blessings for Leicester came from the professionals of other religious traditions? Not entirely, I’ll warrant. In fact, buried slightly more deeply in the news was that Leicester had actually had a Christian priest involved too (so deep, I can’t seem to find it now to hyperlink it), although this received hardly any attention, and certainly not the genial twitter-storm that arose over the Buddhist monks.   Looking beyond Leicester, in 2015, Leeds United boss, Massimo Cellino, had their Elland Road ground blessed by a Catholic Priest in order to staunch their repeated losses (and, as the story goes, it seemed to work).  Yet, twitter disagreed.  Many of the tweets included derogatory comments about Catholic priests and the general tone seemed more aggressively mocking than kindly supportive or intrigued. This might say more about general attitudes towards Leeds United of course, but it probably says quite a bit more about British attitudes to Buddhism. I’m beginning to think that it exposes a different type of critical examination that seems to generally be applied to Buddhism in comparison to other religions that are perhaps more familiar or deemed more publicly threatening and therefore more ‘fair game’ for public dissection.  I’m not in any way saying Buddhism deserves more criticism, but i’m interested in the different attitudes that are popularly held in contemporary Britain and what this says about the standing that different religious traditions are given.

I also wonder, would people be so positive about the monks if Leicester was on a losing, rather than a winning, streak? Would the blessings and the amulets and the chanting seem less intriguingly exotic and more culturally jarring if they were performed for a club that was facing relegation?  Is religion fair sport when it appears to be helping, but more easily derided and discarded when it doesn’t?  Maybe, although I think this buys far too much into the assumption that religion is no longer of any real or lasting significance in the lives of contemporary Britons, which misses much of the nuance and complex reality of religious adherence and practice in the UK.

So, whilst reading about the Leicester’s football monks seems like a story about ‘other’, perhaps it really tells us more about ourselves?

Dr Caroline Starkey is a Research Fellow at the Centre for Religion and Public Life at the University of Leeds.  Her research interests include the establishment, development and adaptation of religions of Asian origin within the British Isles, particularly Buddhism and Jainism.